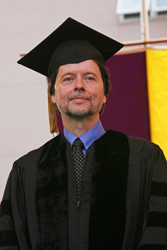 Would there be a PBS without Ken Burns? Would there have been a Civil War? Some might wonder, so thoroughly are you identified with both. The most prolific and, according to The New York Times, “the most accomplished documentary filmmaker of your generation,” your twenty-one, mostly multi-episode works have explored for broad audiences so many facets of the American experiment: studies of Jefferson, of Huey Long, of the Shakers, of the West, National Parks, and baseball. Your largest achievement is regarded to be the fifteen-part series on the war between the states—seven years in the making, during which you served as executive producer, co-writer, director, cinematographer, and music director. Study guides were sent to every high school in the country, and an untold number of your countrymen and women of all ages were reengaged with this dark but pivotal piece of our collective past. The Washington Post’s Tom Shales called it “not just good … nor even just great television” but “heroic television.” For this work you are hero not only to historians but to technology geeks, who have immortalized you in iPhoto and iMovie by developing a tool for slowing panning across images and naming it, of course, the Ken Burns Effect.