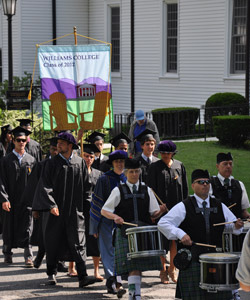 Williams College President Adam F. Falk conferred bachelor’s degrees on 513 seniors at Commencement, Sunday, June 3, 2012. Master of Arts degrees were awarded to 12 students in the Program in the History of Art, and 30 fellows from the Center for Development Economics received M.A. degrees in Policy Economics.

You can see a selection of photos from Commencement in our Flickr collection.

You can also watch a recorded stream of the entire ceremony, as well as one of the Saturday conversation with honorary degree recipient David Brooks. 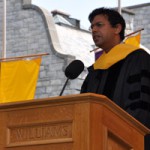